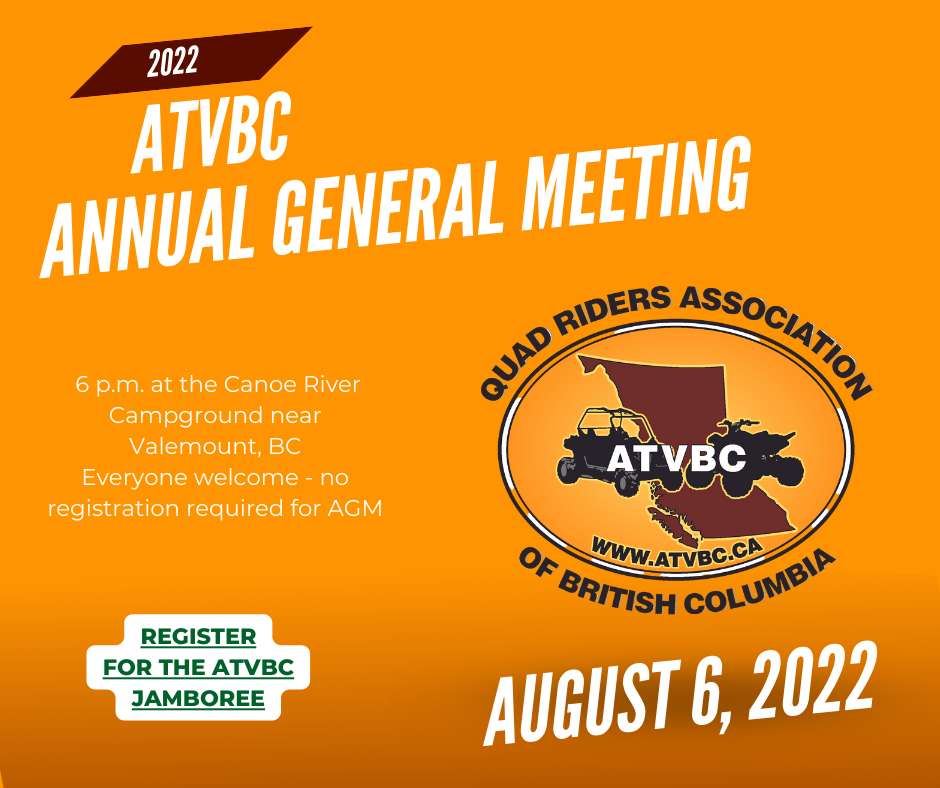 Notice of Annual General Meeting of
The Quad Riders ATV Association of British Columbia
Time and Date: Starting at 6:00 PM, Saturday, August 6, 2022
Location: Valemount, B.C.
Rodeo Grounds if not raining; Campground Pavilion if raining
This notice is intended for all members of The Quad Riders ATV Association of British Columbia.
The program for the meeting will include, but not be limited to:
We propose that clause (a) should be added to Bylaw 13:
Bylaw 13: “The Board of Directors of the Association shall be elected at the Annual General Meeting and shall hold office for a two (2) year period provided that if any election of Directors is not held on time, then the current Directors shall continue until such an election is held. Only one member of the immediate family may be elected as a Director and serve at any given time.”
Proposed Clause A: “a) In the event that the current Board of Directors is not approximately evenly split between those Directors who are up for election, and those who have another year to serve, the current Board may designate some of the positions to be elected to be for a one (1) year term for that one election.”
Voting at the AGM: 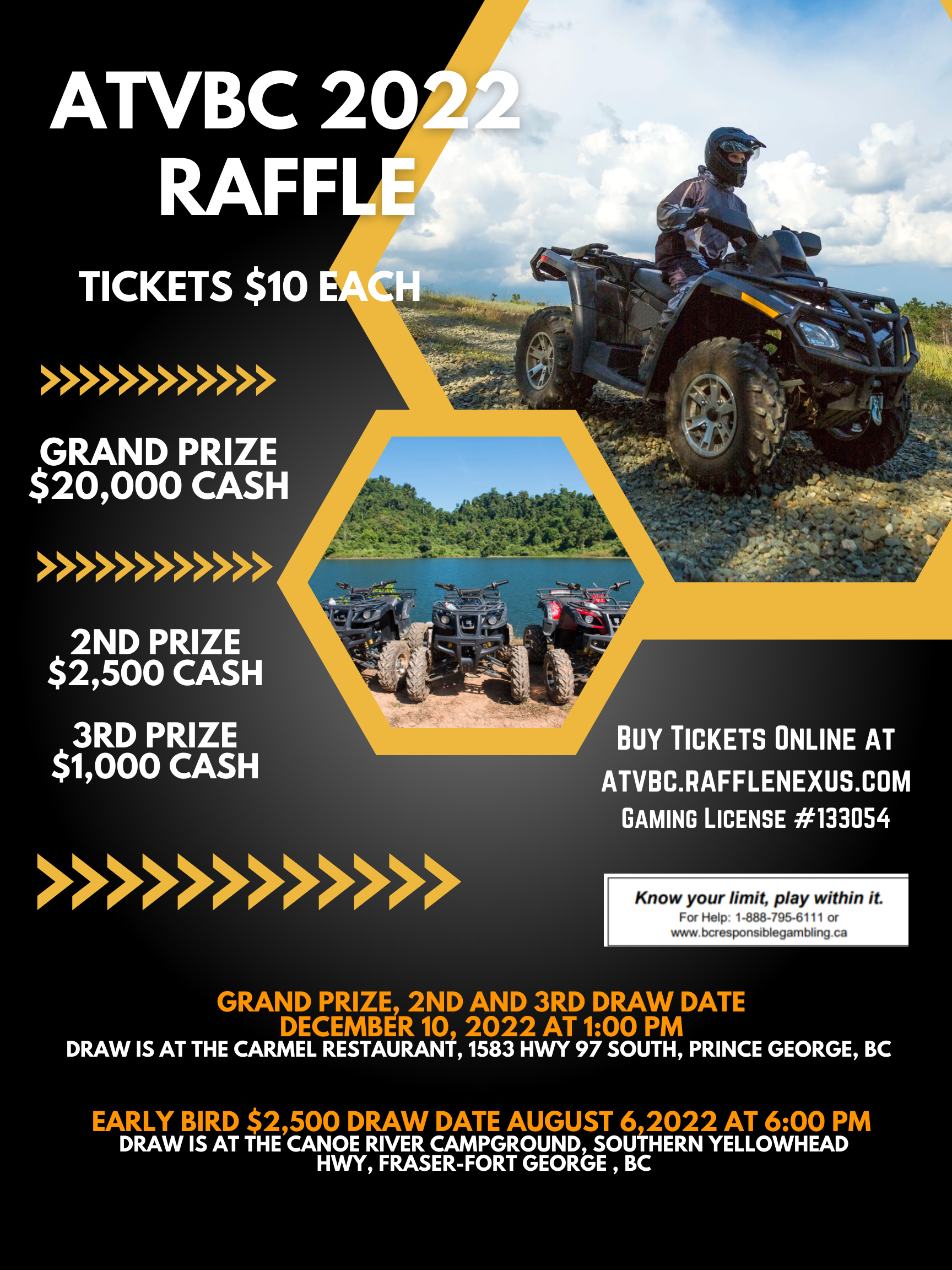