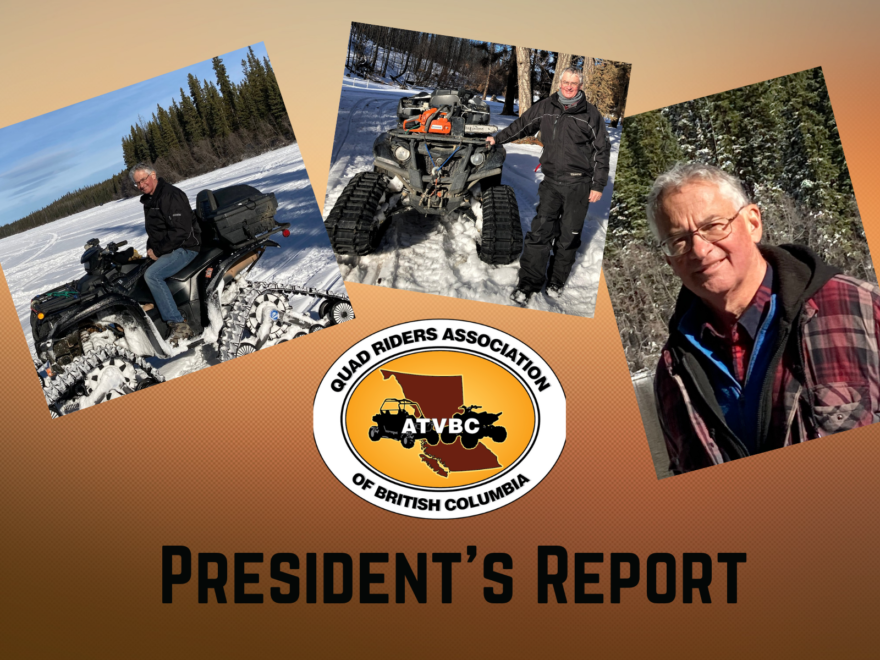 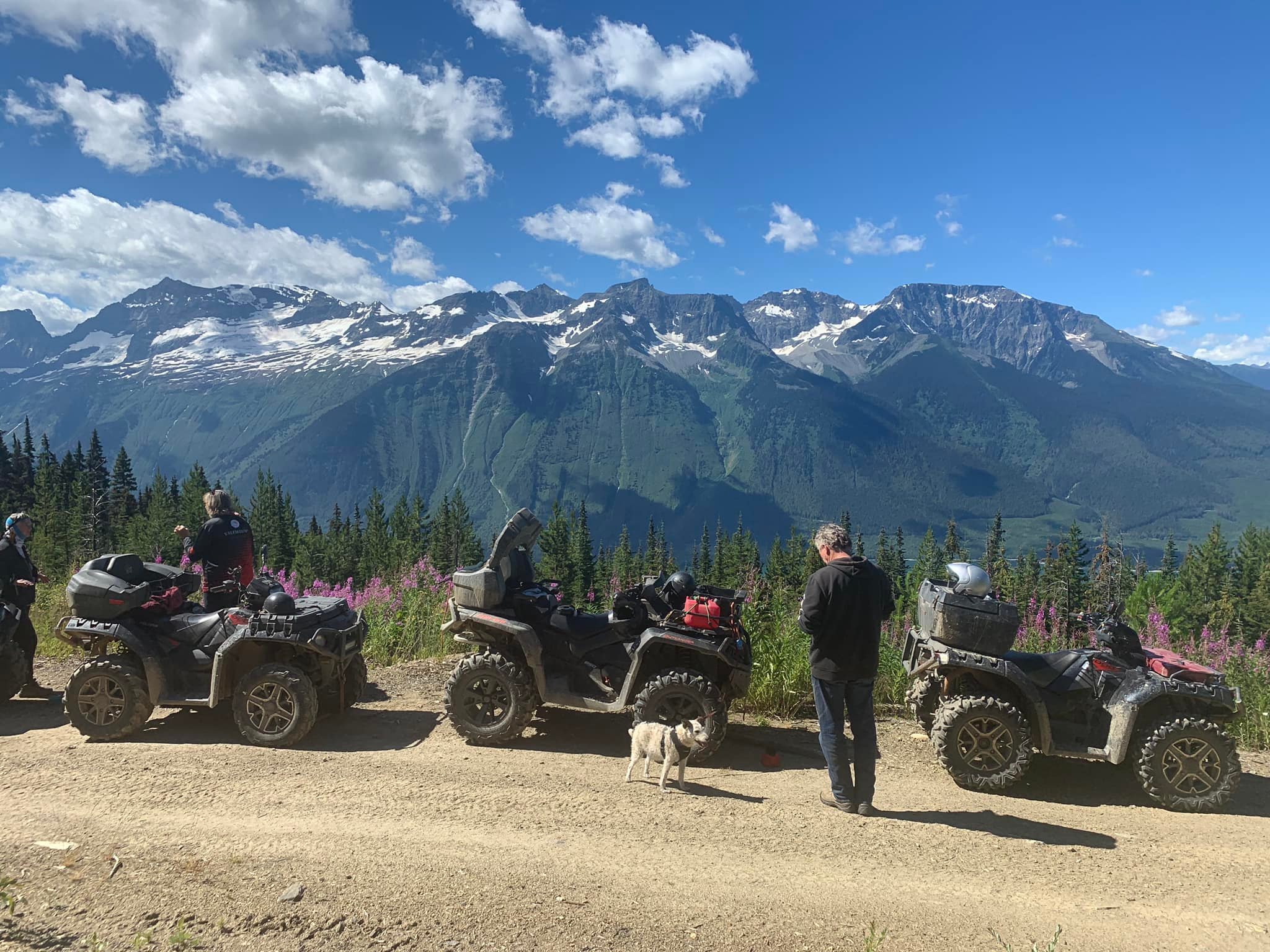 The ATVBC Annual General Meeting and Jamboree was a huge success. Congratulations to Ralph Matthews, Greg Smith and Lance Anderson, and others for organising the event. It took a lot of work, and was well attended with over 80 people present.

While the weather did not fully cooperate, it did not stop anyone from riding. The scenery was impressive, and for those that made it to the top of Canoe Mountain when it was clear, they were treated to an incredible view of the mountains all the way to Mount Robson.

Not only was the riding great, but so was the food at the BBQ and wine and cheese. Apparently the mini-doughnuts were to die for!! And then there was the ice cream ride into Valemount. 49 rigs made the trek in convoy. It was quite the sight! 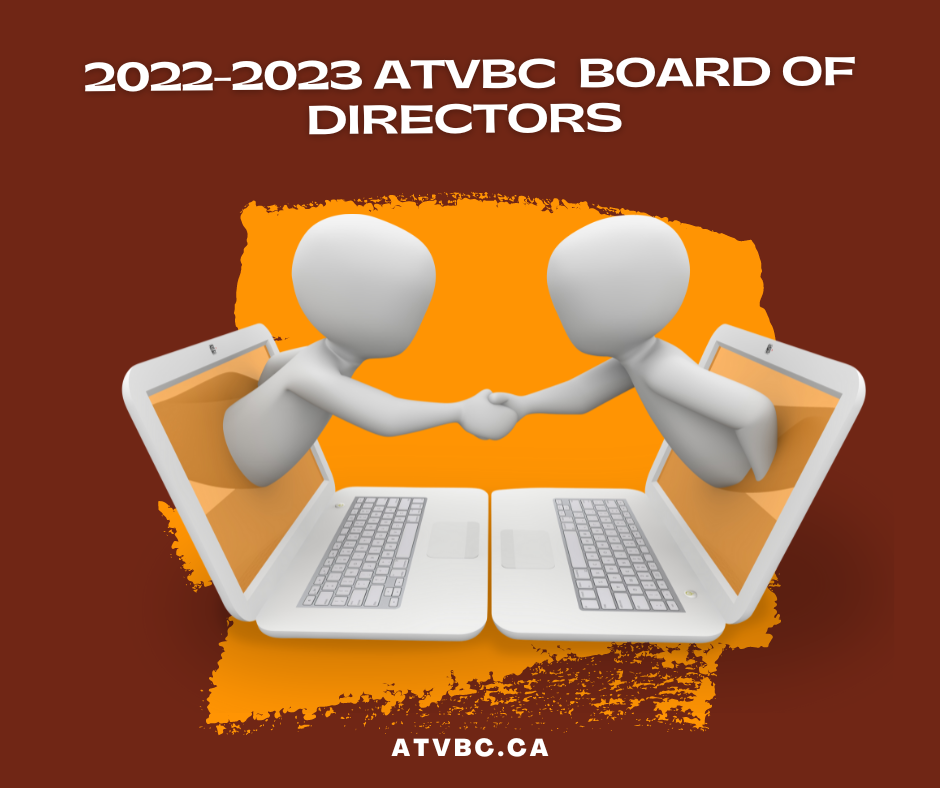 Oh, I should mention we also had the AGM, and for the first time in a number of years ATVBC has a full slate of 15 directors on its Board. I want to personally welcome the newest members to the Board – John Blinston, Doug McGovern and Aaron Schlechter. With the addition of these new directors, ATVBC is looking to provide much more support to the clubs that make up ATVBC. We will be announcing shortly which director will be looking after which clubs.

One other note regarding the Board, and that is the Executive has changed a little for 2022 – 2023. The makeup consists of me, Chris DSilva as president, David Webb as 1st VP, Dave MacIntosh as 2nd VP, Lance Anderson as Treasurer and Bob Stewart as Secretary.

ATVBC has decided to make a change of insurance companies from Oasis to Capri. This does not affect, in any way, what clubs and/or individual members do with their insurance. The choices are still yours to make. ATVBC has determined that for itself that this change will provide additional benefits and coverages to the organisation as a whole. Further information will be forthcoming in the next week or so.

After careful consideration and review, ATVBC Board has implemented our first ever increase to our membership fees as of August 8, 2022. This fee increase is the first since ATVBC was created in 2001. The increased cost is $10 per member. So, for the individual memberships this will now be $50 per year and the combo memberships will be $85 per year. Further information is being sent out to all clubs.

As ATVBC moves to be more transparent and responsive in its communications, look for more information to flow to clubs and members, including notes/minutes of the Board of Directors’ meetings. And as Kristin becomes more familiar with her role, expect to see more from her as well, particularly dealing with things like land issues and related subjects.

Lastly, I would like you to join me on congratulating Kristin on her upcoming marriage. Here’s wishing her all the best!! 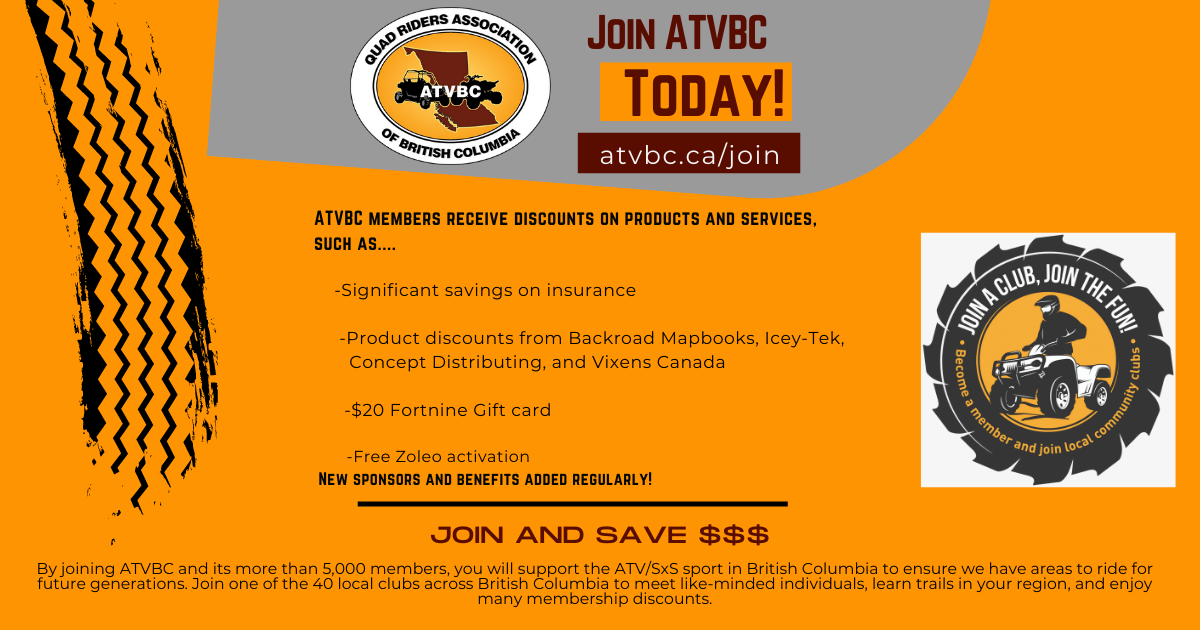